The existing rules permit DWC to make formulary updates on a quarterly or more frequent basis. More information on this latest update (version 8) can be viewed here.

To implement certain provisions of 2019 auto no-fault reform legislation, the Michigan Department of Insurance and Financial Services (DIFS) filed final adopted rules to govern utilization review (UR). The text of the new UR rules took effect December 18, 2020, but auto insurers have until to February 16, 2021 to ensure their UR programs are compliant.

DIFS' new UR program initial certification application must be submitted by auto insurers to DIFS for review and approval. Additionally, insurers will be required to submit an annual UR report starting in 2022.

DIFS has created an auto UR information page outlining certain timeframes and providing links to the various provider and insurer forms.

Requirements of an insurer’s UR program include:

We encourage review of our prior update from earlier in the rule-making process for more background.

DIFS also initiated a formal step needed for rule-making to adopt the medical fee schedules outlined in the auto no-fault reform law by filing a “Request for Rulemaking” (RFR).

The RFR did not include draft rule text but states rules will establish:

DIFS estimates that the rule-making process may take six months. The reform law establishes that the fee schedules are to apply to treatment rendered after July 1, 2021.

This new law enacts recommendations from the Minnesota Workers’ Compensation Advisory Council, including:

The added pharmacy provision states that requests for medication reimbursement from the Special Compensation Fund must be accompanied by the dispensing pharmacy’s invoice showing its usual and customary charge for the medication at time of dispense.

In addition, the Fund will not reimburse any amount that exceeds the maximum amount payable under the state’s existing workers’ comp pharmacy fee schedule regardless of any contract that provides for a different reimbursement amount.

The legislation added: a security counselor employed by the state or a political subdivision at a corrections, detention or secure treatment facility is also eligible for the same presumptions.

The law was signed in mid-December as part of the state’s seventh short special session of the year.

The Montana Department of Labor and Industry has updated its drug formulary regulation to renew ODG as the formulary source, which is required annually by the enabling legislation.

The Montana formulary originally went into effect for new dates of injury on or after April 1, 2019. It was scheduled to be effective for “legacy” claims (older dates of injury) where communication requirements have been met, April 1, 2020.

In late March 2020, the Department published a formal “request” to insurers and third-party administrators that they “delay adherence to the Drug Formulary requirements for Legacy Claims until the COVID-19 crisis passes.” This delay was to ensure that providers would not have “this added layer of healthcare delivery complexity during a time when they have no additional capacity.” Amid the continued presence of the virus, the Department has yet to update or amend that delay request.

More information on this update can be viewed online here.

Additionally, as the Board works to roll out the “Limited Release” version of their new OnBoard system, providers could be confused about the new MTGs as they relate to upcoming requirements to seek authorization electronically via OnBoard. The new MTGs have been delayed to an undetermined date. 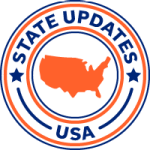