Recent public policy actions on medical and recreational marijuana will likely impact the handling and provision of care for workers’ compensation and auto no-fault claims.

Our Public Policy and Regulatory Affairs team is tracking over 400 pieces of state legislation related to medical or recreational marijuana. To date in 2021, we are seeing states continue to expand coverage under their general medical marijuana programs to include conditions such as chronic pain and post-traumatic stress disorder (PTSD), which are more commonly treated conditions in workers’ compensation and auto no-fault.

Maryland
One component of a filed Maryland bill, SB 461, would add medical cannabis into the definition of the “medicine” that an employer or workers’ compensation insurer may be required to cover for an injured employee. Its companion bill is HB 683. Both bills were introduced in January and are pending in their respective chambers.

New Hampshire
The New Hampshire Supreme Court recently ruled on a specific claim that the cost of medical marijuana treatments should be covered under the state workers’ compensation system.

In the case, the claimant Panaggio suffered from chronic pain as a result of an accepted work-related injury and eventually became an approved patient under the state’s medical marijuana program. When the claimant requested reimbursement from the insurer for the cost of the treatment, his request was denied. After the New Hampshire Compensation Appeals Board affirmed the denial, the case was appealed to the state Supreme Court. The court held that the Controlled Substances Act does not criminalize the act of reimbursement for an employee’s purchase of medical marijuana and supported the claimant’s request for reimbursement from the carrier.

New Jersey
New Jersey legislation, SB 3406, would (if passed and signed into law) require workers' compensation, personal injury protection, and health insurance carriers to cover costs associated with medical use of cannabis, provided the user is a qualified patient authorized under the state’s medical cannabis law.

If for any reason payment made directly to the medical cannabis dispensary is not feasible, these payers would be required to reimburse the patient for their costs. However, the bill also provides that coverage would not be required if the federal government intervened to enforce the federal Controlled Substances Act. SB 3406 was introduced in early March 2021 and referred to committee. Similar legislation filed last year in the Assembly, AB 1708, was amended in committee, in October 2020, and is still pending in that first chamber.

Voters approve recreational marijuana use
Based upon voter approval of an initiative on the statewide ballot in the November 2020 election, New Jersey became the 13th state to approve the recreational usage of marijuana.

After the initiative was approved, the Legislature moved forward and passed AB 21 , which was approved by the Governor in February 2021. Under the signed bill, various sections became effective immediately while actual distribution and sale of recreational marijuana to the public is subject to regulatory development. The state’s Cannabis Regulatory Commission will need to adopt necessary regulations including approval of dispensary licenses before public utilization is approved.

Additionally, the bill bans smoking and vaping in workplaces and permits employers to engage in testing after a workplace accident if the employer suspects intoxication played a role.

The medical marijuana usage and reimbursement by the insurer was originally upheld by a workers’ compensation judge. Eventually, the appellate court affirmed that ruling stating that usage of and reimbursement for these treatments did not subvert the principles of the Controlled Substances Act.

Rulings in the New York case and in New Hampshire are similar to a ruling in a New Jersey case in 2020. These cases could continue to develop at the state level and develop precedent for other states to draw on.

Also in New York, A 242, was introduced in January proposing that, regardless of federal financial participation, medical marijuana, when dispensed under state law, shall be deemed to be a "prescription drug" for purposes of coverage under the workers' compensation law (among other public and private insurance laws). Similar legislation was introduced in both the Assembly and Senate last session, but failed.

Virginia
In March 2021, the Virginia Legislature approved a bill legalizing marijuana for adult recreational use.  AB 2312:

The bill has been sent to the Governor who has vocalized support and is expected to sign it. 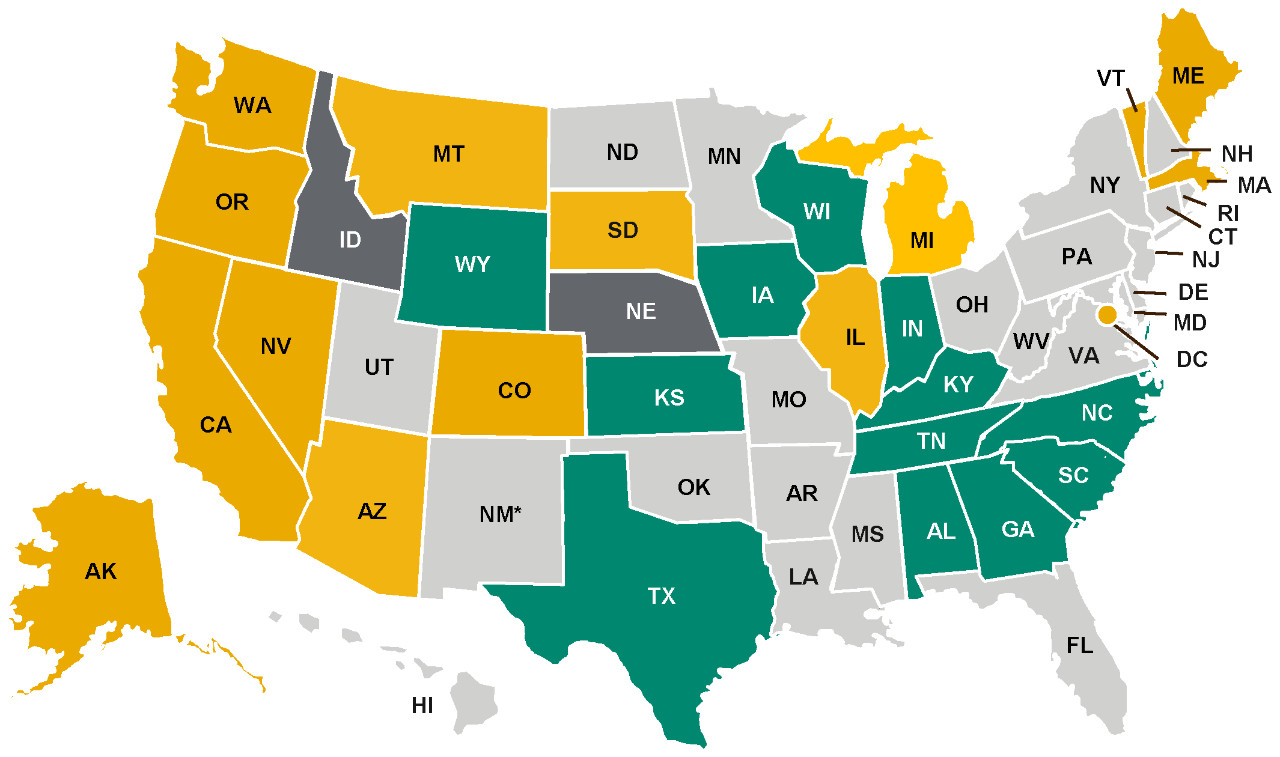 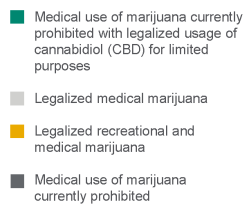 OWCA Public Policy Information
The OWCA Public Policy and Regulatory Affairs team continues to monitor policy developments on this and many other issues impacting workers’ compensation and auto no-fault claims.

For more information on medical marijuana policy and additional issues, stay tuned to our Policy Matters webpage, where you will also find the Policy Guys podcast.