Policy Guys is the new podcast from our resident experts on public policy – Kevin Tribout and Adam Fowler. The dynamic duo breaks down what’s happening from a legislative and regulatory perspective as it relates to a certain topic, region or a specific law.

The Policy Guys tell you the effect on workers’ comp and auto
no-fault and, most importantly, how it impacts you when managing your claims.

Today’s seven-minute podcast episode tells you what you need to know about the effect of COVID-19 on the workers’ comp and auto no-fault industry. Click here to listen.

A bill introduced earlier this month in California would impose new requirements on workers’ compensation medical provider networks (MPNs) and further limit the ability of payers and networks to negotiate contracted rates. Among several other provisions, AB 399 would notably:

The language included in this bill is similar to language attempted in legislation from the 2019-2020 legislative session (AB 2294) that ultimately failed to pass.

The 2019 reform law called for most fee schedule rates to be based on percentage markups over applicable Medicare rates. The initial markup percentage for most services starts at 200% of Medicare for 2021 and is reduced annually up through 2023 to reach 190%, with some enhanced (increased) Medicare-based rates for certain designated providers/facilities.

If Medicare does not establish a rate, reimbursement to providers is to be based on a percentage reduction of the amount payable for the treatment under the person’s charge description master in effect January 1, 2019, or a percentage reduction of the average amount the person charged for the treatment on January 1, 2019 (both adjusted annually based on change in the medical care component of the consumer price index).

For most provider types, that percentage reduction starts in 2021 at 55% and lowers annually until it gets to 52.5% in July 2023. The proposed regulation adds that for those services without a Medicare rate, a “regional average” (the average charge for the provider’s geographical region established by a national database of fees approved by DIFS) should be used, which reflects the charge if the service had been rendered on January 1, 2019.

DIFS is expected to schedule a public hearing and accept public comments on the proposed fee schedule regulation. More information on this rule-making and related documents can be viewed here.

Three states, so far, have pending legislation that could require insurers to reimburse medical marijuana under certain circumstances.

One component of a filed Maryland bill, SB 461, would add medical cannabis into the definition of the “medicine” that an employer or workers’ compensation insurer may be required to cover for an injured employee. Its companion bill is HB 683. Both bills were introduced in January and are pending in their respective chambers.

The latest New Jersey legislation, SB 3406, would (if passed and signed into law) require workers' compensation, personal injury protection, and health insurance carriers to cover costs associated with medical use of cannabis, provided the user is a qualified patient authorized under the state’s medical cannabis law.

If for any reason payment made directly to the medical cannabis dispensary is not feasible, these payers would be required to remit reimbursement directly to the patient for their costs. However, the bill also provides that coverage would not be required if the federal government intervened to enforce the federal Controlled Substances Act.

SB 3406 was introduced earlier this month and referred to committee. Similar legislation filed last year in the Assembly, AB 1708, was amended in committee in October and is still pending in that first chamber.

In New York, A 242 was introduced in January proposing that, regardless of federal financial participation, medical marijuana, when dispensed under state law, shall be deemed to be a "prescription drug" for purposes of coverage under the workers' compensation law (among other public and private insurance laws). Similar legislation was introduced in both the Assembly and Senate last session but failed.

The Oregon Workers’ Compensation Division (WCD) adopted a new rule governing claims handling for COVID-19, which became effective February 1, 2021. The rule explains that, under existing regulations, insurers must conduct a “reasonable investigation” before denying any claim, and describes additional requirements for a reasonable investigation when the claim is filed on or after Feb. 1, 2021 for COVID-19 or exposure to SARS-CoV-2.

It also provides that the WCD will audit denied claims for COVID-19 or exposure to SARS-CoV-2 reported to them before Oct. 1, 2020 if the insurer had reported five or more such claims before Oct. 1, 2020 ― regardless of whether those claims were accepted or denied, and if the denial is final by operation of law. Additional denied claims will be audited based on criteria WCD determines.

It is important to note that Oregon has not adopted or enacted a workers’ compensation presumption for COVID-19 despite active discussion on the matter among members of the state’s Management-Labor Advisory Committee (MLAC). MLAC members have not reached consensus on the matter; however, legislation has been introduced this year to add a presumption.

House Bill 3025 and Senate Bill 488 would add exposure to or infection by SARS-CoV-2 to the definition of “occupational disease” and specify a rebuttable presumption that would apply as a result. Both bills were introduced in January and referred to committees.

For more information on states which have enacted or adopted COVID-19 presumptions for workers’ compensation, we encourage review of our presumptions map. 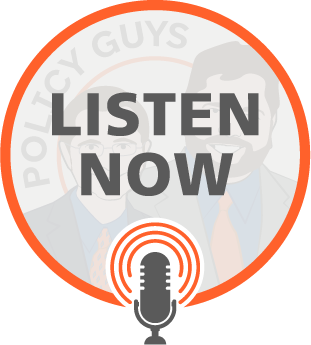 Don’t forget to check out the Policy Guys podcast sharing what you need to know about the effect of COVID-19 on the workers’ comp and auto no-fault industry.